We are thrilled to announce that we will see the iconic band back touring Europe after the success of their 2001 global hit ‘Wherever you will go’ and shows are already selling out fast!

The tour will see classic tracks performed such as ‘Wherever You Will Go’, ‘Adrienne’ and many more as well as some of the brand new tracks from their upcoming album. Show goers will also be given the opportunity to purchase three new songs ahead of release date.

PSYCHO VILLAGE will be providing support for The Calling on this European run, which starts on January 8th in Munchen, Germany and concludes on March 12th in Barnstaple, United Kingdom. 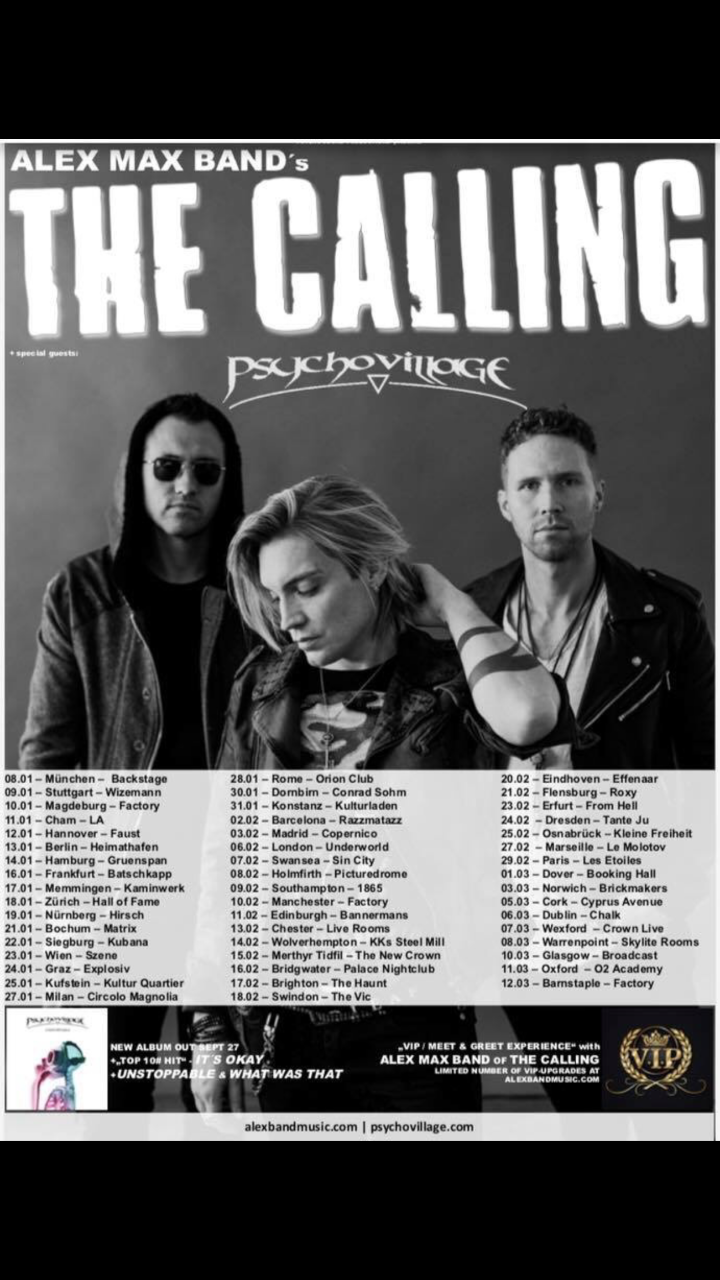 “I’m thrilled to come back to Europe!!! It has been way too long and we are extremely excited to return in the new year and give fans a taste of our new material and play some of our fan favourites. We are also offering VIP upgrades and tickets are already on sale, this tour is going to be awesome!” – Alex Band, The Calling

“We are extremely excited and proud to do this huge tour with Alex and The Calling! This is the longest tour of any artist in 2020 and the response so far has been incredible. We are looking forward to performing tracks from our new album and connecting with old and new fans across Europe.” – Dani, Psycho Village

Tickets are on sale now and you can get VIP upgrades for both Psycho Village and Alex Bands THE CALLING.