Alternative rock band I the Mighty are thrilled to announce that they will be joining rock legends Anberlin on their upcoming North American Tour. The shows kick off on June 10th in Dallas, with stops in Los Angeles, Seattle, Denver, Chicago, New York City, Atlanta, and more. Tickets are onsale now and available at www.ithemighty.com.
Since the band’s inception in 2008, I the Mighty have come to be recognized as one of the most progressive voices in alternative rock. Over the course of the past decade, the band has built a cult-like international following largely through their explosive live show – which has seen the band touring with such notable acts as Coheed & Cambria, Say Anything and Glassjaw, slots at England’s Download Festival and Reading & Leeds festival, and a 2017 national headline run that culminated in back-to-back sold out shows in Los Angeles.
I the Mighty have released four full-lengths and an equal number of EPs to date. Their most recent effort was the critically-beloved Where the Mind Wants to Go / Where You Let it Go full-length, which came out in October of 2017 on Equal Vision Records. Though the band has exhibited incredible growth with each release in the past, Where the Mind Wants to Go / Where You Let it Gorepresented a particularly bold step forward in the band’s creative journey. Musically, the album is bolstered by the intricate layerings of guitarwork from Walsh and Ian Pedigo, coupled with the fierce rhythms of Chris Hinkley on bass and Blake Dahlinger on drums. The diverse deliveries of vocals are further highlighted with exceptional framing of impressive multi-layered harmonies and dramatic yet balanced instrumentations.
The acclaimed album is a collection of eleven artistically mature, meticulously crafted rock anthems that sees Walsh, tackling the topics that have shaped his own personal growth since the release of their last album; both in terms of life experience and in regards to more abstract topics. The lead single, “Chaos In Motion,” premiered world-wide on BBC1 Radio Rock and also featured the ultimate “unsatisfying” video that was picked up by Viral Thread where it amassed over a million plays in 24 hours. “Chaos In Motion” opened the band to a new demographic of fans that have eagerly sought out the rest of their catalog and seem to have joined the ranks of the band’s already large and dedicated following.
“Cave In,” I the Mighty’s latest single, continues the band’s standard of maintaining disarming honesty lyrically, coupled with expansive instrumentals that elevate the song from emotional to heartrending. It’s a fluid movement from the sound of Where the Mind Wants to Go / Where You Let it Go that promises a future of even more growth and complexity from the band. For a group whose goal is to continuously evolve and leave their mark on the music scene by creating a sound and identity all their own, I the Mighty is unquestionably up to the task.
I the Mighty is currently on tour Polyphia. Additionally, the band will be performing at the Vans Warped Tour in Mountain View this summer.  For a full list of tour dates, please see below or visit www.ithemighty.com.
For More Information, please visit: 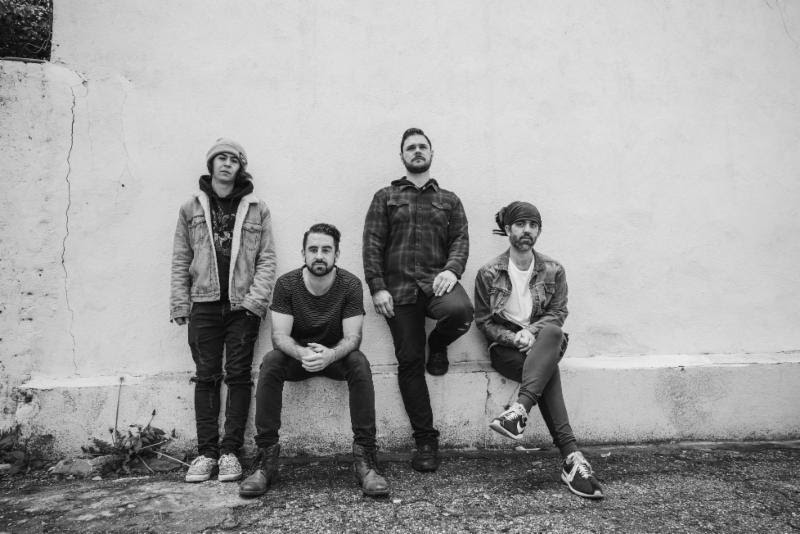