Advertisements
Skip to content
Heavy, progressive rock band Visitors have teamed up with Heavy Blog Is Heavy for the music video premiere of the band’s new single “Pollyanna“. Watch the music video here. The track is the first single off of the band’s forthcoming debut album Crest out on July 13th.
“Despite an incredibly difficult two years, we wanted to put our optimistic foot forward with ‘Pollyanna’,” states Visitors frontman Ian Cooperstein. “Despite its purpose in our concept records’ story, the song has served as a stand-alone personal reminder to move forward at a time where you might be the only one headed in that direction. Isn’t that what we need now more than ever?”
Crest is Visitors long awaited debut full-length album, following their highly successful concept EP Vortices, A Foreword. The forthcoming release picks up where the previous storyline left off. Crest includes nine new songs and was tracked, engineered, mixed, and mastered by Stephan Hawkes (Chelsea Grin, Attila, I Declare War) at Interlace Audio. The album is available for pre-order now and includes a limited amount of various pre-order bundles. Pre-order Crest on the band’s website here: http://visitorstheband.com.
The Salt Lake City natives will be hitting the stage at Club X SLC on July 7th with Middle Class Rut and Black Map, where they will be performing songs off of their upcoming release. For more information on tour dates follow the band on socials.
Visitors is a heavy, experimental, progressive rock band based in Salt Lake City, Utah. Formed in late 2012, the band developed a reputation early on in the west coast post-hardcore scene for progressive-yet-accessible songwriting, high-energy live performance, and extensive use of guitar effects. Their previous releases, Blueshift (2014) and Vortices, A Foreword (2017) were met with praise from critics and fans alike for their expansive and dynamic sound, poignant lyrics, and dark ambience.
Visitors is Ian Cooperstein (Vocals, Lapsteel, Baritone), Bryan Lee (Drums), Ian Hilton (Guitar), Cameron Jorgensen (Bass), and Ty Brigman (Guitar). 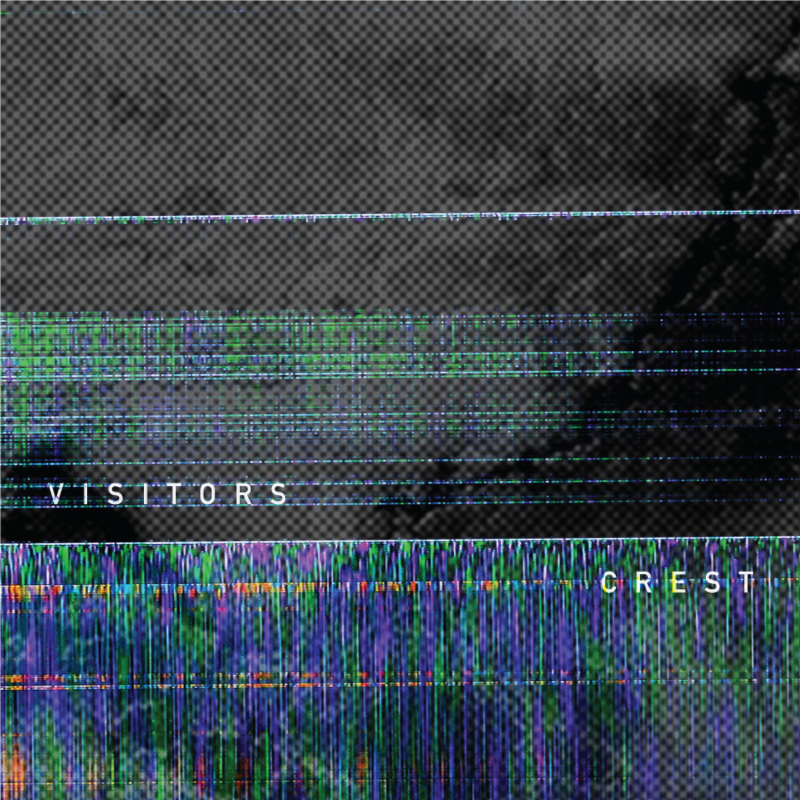